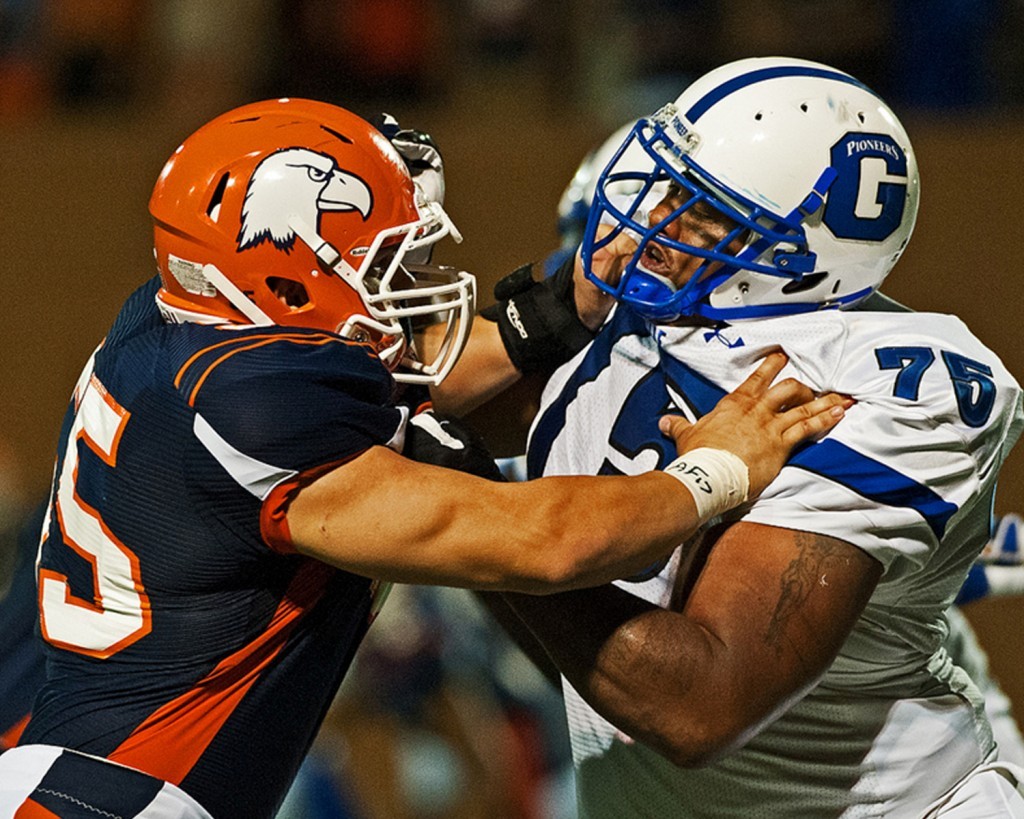 Any top coach or GM will tell you that championships are won by the team that wins in the trenches. The one that takes over the line of scrimmage and dominates it.

300+ pound offensive and defensive linemen struggle with every ounce of strength they have, seeking to gain the slightest advantage over the opposing side.

As the game wears on and the battle for control progresses, one team begins to take control. At first it is a subtle shift. But, the experienced observer is able to sense it happening.

What if that same experienced observer were able to call his bookie and place his bet on the outcome at that moment? He would most likely win.

It doesn’t happen in football but it happens every day in trading markets all over the world. Just like savvy coaches and GMs, smart traders know that the markets move as either buyers or sellers begin to take control of the ‘line of scrimmage’ in the markets.

How do we find the line of scrimmage in the futures markets?

This illustration shows the typical back and forth struggle between offense and defense – or buyers and sellers.

This is the point in football and futures markets around which the battles of each play are fought for control.

The back and forth struggle can go on for a large portion of the game with neither team able to seize the advantage.

How can we tell that one side is taking control?

Long-time observers of football can sense when one team is beginning to establish dominance over another. As each successive play is executed, one team just seems more focused and powerful than the other.

One team’s offense begins to gain more yards on their plays, and the defense can begin to stop the opposing offense like they are in the huddle with them. Even when the actual score is still close, the outcome of the game can already be evident to the seasoned coach, player or fan. The team that is losing control may continue to fight back. But, observers will notice that they lose a little more ground with each play. The point of contention begins to move.

The same can often be true in the futures market as experienced traders using the latest technology can watch the back and forth movements begin to favor either the buyers or the sellers. They can see one side beginning to establish dominance over the other.

How long do we have to remain patient before placing our bets?

Placing bets on football games (only where legal, of course) ends immediately when the game begins. You might be able to determine when one team is taking control of the game while it is still in progress, but there is not much you can do with the information.

Traders in the futures markets do not have to be so restricted. We can continue to place our trades in the market as long as

the game is underway. When the buyers fail to pull the price back below the original line of scrimmage, control effectively shifts to the upside.

While the game is still going on, the outcome has become clear. Football bettors are left to sit and watch. Futures traders step in and win.

Doesn’t this process take too long to be useful for traders?

Not at all. Football games may be played only a few days a week over a limited span of hours. Futures markets are in operation around the world Monday through Friday.

Every minute of every day, these battles for dominance between buyers and sellers are taking place around the world. Traders get to decide which games they want to play… and when they want to step in.

Place your bets after the outcome is clear.

A bookie would be crazy — and broke — to allow gamblers to place bets after the outcome of a game is clear. Savvy traders in the futures markets are doing exactly that every day.

An experienced observer of football can spot one team early in the process of establishing dominance over the other.

Top traders accomplish the same thing in the futures market by using technology-based tools, such as Ninjacators, that are widely available. The re-test of a support level when one team takes control is just one of dozens that are easy to use and highly effective.

If you are not currently placing futures trades AFTER the outcome is clear, isn’t it about time you started?