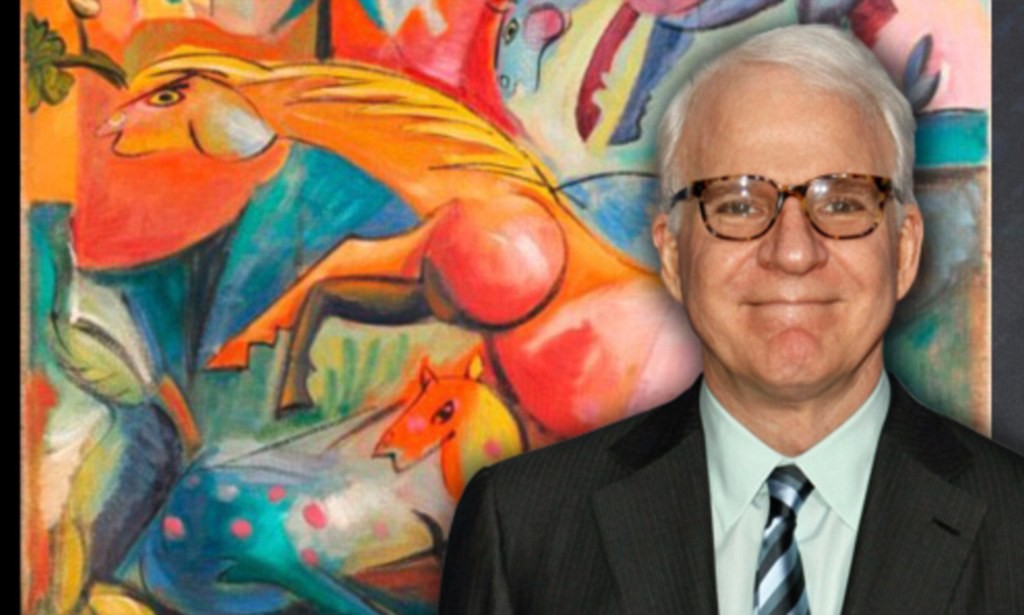 A ‘seminal’ piece. Created in 1915 by the German-Dutch modernist painter Heinrich Campendonk. Complete with a long distinguished lineage of documentation and supporting works to confirm its authenticity — it was an absolute steal at $850,000!

Or so thought Steve Martin as he stood in a Paris art gallery. Unfortunately, he was in the process of being fully duped by a ring of German swindlers. He went ahead and bought the piece in 2004 only to find out it was a forgery.

Every second, in every market, millions of traders fall for forged entry conditions — unknowingly paying a premium for a trade that won’t go anywhere. Establishing the value zone will help you spot whether price is at a bargain and a swing is imminent.

The real price range for masterpieces that the pros respect

Art fraud is one of the oldest cons in the world. In 2011 one of the oldest and most respected art galleries in America — the Knoedler Gallery in New York — closed its doors abruptly. It was finally revealed that over the course of 15 years, the gallery had sold over $80 million in forgeries to wealthy collectors.

Every day, millions of retail traders fall for entries they believe to be real, but are in fact simply fake market chop with no real value. Although these entries are made with the very real hopes of landing a profit, they are nothing more than sucker buys or sells with no real value at all.

This is largely because many traders simply don’t know what the real value zone is for their particular market, and what view they should be taking relative to their strategy.

Viewed and used correctly, the value zone will delineate the price range that the market — more specifically, the institutions that drive the market — believes is fair. This is where the better majority of the volume takes place — and price levels the market is most interested in protecting.

When identified, these value zones come with clear boundaries that you’ll want to watch for when hunting for bargain entries.

Conditions that tell you when gem entries are a bargain

When it was all said and done, it looked like the Knoedler Gallery unloaded around 40 supposed originals created by some of the most influential artists in the 20th century. They all turned out to be fakes — painted by some dude in his garage in Queens. The buyers thought they were stealing gems, when in reality the were getting ginned-up trash.

In the dog-eat-dog ebb and flow of any given market, there are plenty of entries that look like a real ‘steal’ — when in reality, they are nothing more than salacious fakes. Understanding exactly where the value zone is at with any given market will help you identify these fakes, and keep you from falling for supposed swings that don’t materialize.

Value zones can be clearly identified by spotting areas of high volume and price consolidation. Anything beyond these areas or ranges should be watched very closely, since volume will drop off as price either gets too expensive or too cheap for the institutional players in the driver’s seat.

Check out the ES chart above, and the clear value zone that emerges during the liquid, cash portion of the day. On a seven-minute chart, anything outside the zone — above or below — isn’t entertained for long.

Passing on the fake swings for profitable works

It was the art historian Jack Flam who uncovered the scheme and put an end to the ongoing fraud. It went down as the most lucrative art fraud in U.S. history. He nailed the gallery for attempting to pass seven paintings — known as the “Spanish elegies” — for more than $3.5 million.

Once price exits, and shows signs of tapering off, you have an opportunity for a reversal entry with high confidence that price will return to the protected value zone where fair price reigns supreme.

Using our same ES example — note all of the opportunities that surface simply by watching the edges of the value zone. With this in place, your criteria becomes very straightforward: Breeches at the top — sell. At the bottom — buy. And anything in the middle — pass.

Why many traders miss the genuine article

It just so happened that Flam had known the artist for years and was a leading expert in the “Spanish elegies” artist’s work. Spotting the fraud wasn’t hard, and really more a matter of timing. Many would love to trade simply using the value zone, but haven’t been successful.

Like the timing of Flam and the ‘elegies, establishing the value zone within your market has a lot to do with the timeframe in which you view price. If you’re scalping, then a two to four hour look back on price will be critical in establishing where the most consolidation is taking place. Likewise, if you’re position/swing trading — make sure that you’re evaluating price with at least a couple of days in the rearview mirror.

Many traders simply fall for a micro swing that in the context of that moment or day may be significant — but not when viewed against the prior days or hours. This requires a level of patience and perseverance to wait on genuine articles, while passing on the fakes anyone can find on the street.

Profiting from the value zone while suckers overpay

“You always have to be on guard… the fakers were quite clever” the Hollywood art collector and funny man was quoted as saying. Thanks to fate’s cruel sense of irony — this caper was of course pulled off on the man that played Inspector Clouseau.

Don’t fall for swindling price swings in the value zone. Identify areas of price consolidation, which can be fingered by high volume and defined boundaries at the top and bottom. Watch the edges for genuine bargains with either overbought or oversold conditions.

When price breeches either, keep an eye on volume and either RSI or MFI to verify that you should in fact make your move. If you’re pegged above 70 make your short or below 30 for your long.

Scan the tabloids smugly with profits in hand while everyone else falls for the fakes.